Smokinjoe925 said:
Not to disagree at all but the hitch they put on your Jeep looks to be a bit more hefty than the one my dealer installed on mine the other day, it only has the front and back with full welds on it and not the full sides like most aftermarket ones I've seen. And it also has the "ellipse" shaped rolled steel chain hookup instead of 3/16" sheet steel with holes in it like yours.

As far as the dragging with the weight of the bike I was hoping that some rear airbags that I've heard of would do the trick to save me from bottoming out too often.
Thanks,
Click to expand...

Now that you have said mine looks more hefty maybe i should post up a picture of one of mine, both are the same on the 03 and 05, 04 never got one , refused it

Emoto said:
In my opinion, those hitch carriers are no good for anything heavier than a moped. Just get a cheap trailer if you want to bring a real motorcycle along. Your local Craigslist will have plenty of them.
Click to expand...

Totally agree , hitch carrier may hold for a short trip but a trailer is the answer
S

Awesome, a nice small box trailer it is.
Thanks guys. 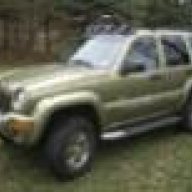 Or, have you looked into a tow dolly?
S

CactusJacked said:
Or, have you looked into a tow dolly?
Click to expand...

Yes I have seen them, I'd be comfortable using that to transport my bike to the shop or something close. But if I were to go on any further drives I'd definitely want the bike completely off the road.
I've heard of a few people having success with the hitch carriers provided you have the right hitch and buy a quality carrier, but I'm not entirely sold on it.

Smokinjoe925 said:
Yes I have seen them, I'd be comfortable using that to transport my bike to the shop or something close. But if I were to go on any further drives I'd definitely want the bike completely off the road.
I've heard of a few people having success with the hitch carriers provided you have the right hitch and buy a quality carrier, but I'm not entirely sold on it.
Click to expand...

For a light dirt bike they work pretty good , but when you get up into street bikes , due to weight and length the carriers don't work so well
Have owned 8 Harleys starting in 73 and know the weight is going to be the one limiting factor and the reason I wouldn't use one.
Always used a trailer if I " had" to haul mine
S

Yeah that's what I'm finding out from some research.
These are awesome for long hauls with the bike:
http://theusatrailerstore.com/ace-single-motorcycle-trailer/

but I don't plan on needing something specifically to carry my bike. It'll be on the road when I can help it hah.
Thanks for the info man, definitely helped me decide which direction to go.

FWIW, a couple of friends of mine have the Harborfreight trailer that goes for about $399 and it has worked out well for them hauling motorcycles for long distances.

You just have to make sure you repack the wheel bearings with good grease when you get it, as the stuff in there from the factor is lacking in both quality and quantity.

Much controversy over if you can tow with the hitches or not.
Just noticed this on the one Jeep installed on the 03 right before I bought it
If you can't tow, why would it say this ??

You must be registered for see images attach
G

Horse_Feathers said:
I wish my Liberty Renegade WOULD BURN! PLEASE!!!!

It is the biggest POS that I have even owned in my LIFE! Better engineering could have been done by a combination of the Marx Brothers, the Three Stooges and Abbott and Costello!

I could give you a complete litany of problems and engineering disasters, but, it would take a book to do so. Just to touch the tip of the iceberg, i will list but a very few.

1) Need to drop the exhaust and front propeller shaft just to change a starter!

2) Drum brakes on the rear for one year only!

3) Window controls in between the seats, backwards from normal and in a position that requires turning your arm into a pretzel to reach!

4) Window mechanisms that fail so badly and often that the after market companies redesigned them at their cost!

6) Windshields that leak and allow the metal to corrode around them causing structural integrity issues.

7) Cheap and low quality parts throughout that required recalls to solve!

8) Bad computers that fry for no reason and are now impossible to find because the chips are out of production!

9) Battery cables that are so short that it is impossible to service them! (I had to rewire the starting system because the original system was built with under sized wires.)

10) Roof leaks from luggage racks that were never installed correctly.

There are 10 of the reasons that come to mine immediately. Yes, it is up for sale and it cannot go away fast enough! If I had not actually put money into it I would have sent it to the scrap yard long before wasting time and money trying to turn it into a decent vehicle. What was the old saying? "You cannot make a silk purse from a sow's ear!" That certainly applies to Jeep and Chrysler! Actually, it seems to apply to ANY vehicle as of late. It's just that this garbage can is the worst I've seen in a long time. It is also one of the reasons that I drive a second generation Explorer XLT as a daily driver, knowing that I can depend upon it to get me around and not fall apart in the parking lot!

Anyway, there you have my opinion. I really am stumped as to why you people think this thing is the cat's meow. It's not. It's a total trash can on wheels. All I can surmise is that you people are gluttons for punishment.

This post just provided me with a solid 20 minutes of entertainment half a year later... :happy175:
So happy I looked through this lol 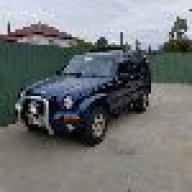 Some ppl should have been drowned at birth

Lol right.. I will give him the window switch location though.
Doesn't bother me where it is anymore, just having to constantly explain it to every person that gets in my jeep.. and hear the buuuzzzz buzz buzz from them hitting the unlock repeatedly waiting on the window to go down lol

I've run across this same thought myself a few times! At least for the pass door.. I can't imagine itd take too much work to connect the switch to the motor

Sent from my SM-G930F using Tapatalk
B

Leeann said:
Irrelevant. It wasn't required by law. The fuel tank met all applicable safety standards in place at the time.

Also, the vehicle doesn't burst into flames in low-speed accidents. It explodes under high-speed conditions. The accident they kept mentioning during the negotiations happened at 60 mph.
Click to expand...

I would have thought all auto manufactures would have learned something from the Ford Pinto...
J

typical mopar gas skids go up to about an inch of the mount points, as far as helping prevent debris punctures they go up higher than say, rustys tank skids. stock skids dont do a whole bunch in terms of significant rear impact anti-crush , but they're a layer between the ground and the plastic tank that prevents the ground from being the source of puncture to the tank when there's been enough rear deformation and damage to shove the tank area into the dirt. now a rustys or equiv. or better tank skid.. they'll shrug off a significant rear end collision with no deformation what so ever. but there's still that exposed portion of the tank , 4" or so in the rear near the undercarraige that isnt covered by 3/8"+ thick steel, lot of guys will leave the stock mopar skid on when they install aftermarket steel heavies just for that reason too. A piece of a honda civic grill that breaks off and turns into a harpoon can puncture the plastic gas tank in a wedge under rear collision, the mopar gas skids are actually excellent at protecting the tanks from that sort of damage, for that upper few inches of the tank, more so than the aftermarket heavy skids. just think of it as puncture resistance rather than crush proofing

ive never understood how any manufacturer lets a vehicle leave a factory with an exposed plastic tank , but im neither an automotive crash engineer nor a guy who is willing to save 5 or 6 dollars per vehicle at the manufacturing level at the expense of a few hundered per year that leaked and caught fire or endangered people after a minor collision resulting in no fatalities (fatality being the only way to actually get NHTSA to look at anything) otherwise, its an insurance issue, not a manufacturing issue

and having worked in crash rescue, dude, cars leak fuel from a puncture and catch fire 5-10 mins after a crash while they're being loaded on a roll back, ALL the F'ing time. as a result of pieces of plastic grill, sticks, etc
Last edited: Nov 27, 2016 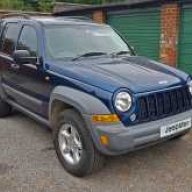 benibiker63 said:
I would have thought all auto manufactures would have learned something from the Ford Pinto...
Click to expand...

And the accident only happened because it was a Petrol (Gasolene) powered KJ...A Diesel version would never explode! 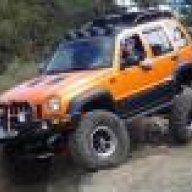 Location
Somewhere between being sane and insane!

jeepsterkj said:
And the accident only happened because it was a Petrol (Gasolene) powered KJ...A Diesel version would never explode!
Click to expand...

Every single KJ has passed the current crash tests,even the stricter test standards that forced everyone else to move the gas tanks for model year 2007.

If you look at all the reported fires it has been from stopped KJ's that got rear ended by a much larger vehicle that was going high speed.

Also if you look at the #1 vehicle for fires caused by accidents there is no recall or investigation,that would be the Ford Crown Vic and it's 2 other sibling cars(Grand Marques and Town Car) only because almost all of those fires are from vehicles in Police service and again stopped and rear ended at high speed by another vehicle.


Oh and I can't tell you how my diesel powered vehicles with mid-mounted tanks I have seen catch on fire,fuel fires. 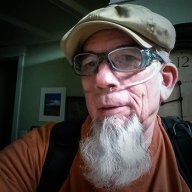 Location
Teh REAL No. CA

When I was in Vietnam, in the US Army, enlisted personnel sometimes got poop duty (we called it s___ burning detail). You drag half-height 55 gallon barrels from under the crapper into an opening, pour fuel in it and stir it with 1x4" boards, then flamed them and worked it until it was nothing but ashes. I woulda rather had KP duty for a week than a day of that.

We could use gasoline or diesel, but diesel burned better. It was even easier to ignite. I don't know about the validity of your statement. Maybe it has something to do with the composition of the fuel tank in a diesel vehicle or something else. I figure if diesel burns as well as I remember, it would prob'ly explode too (it's maybe not so much an explosive, but a violent rupturing of a tank of fuel and the sparks that fly during the crash that causes the fuel to flash and burn.

I'm not an expert at such things though, so take it for what it's worth.
You must log in or register to reply here.

Cylinder 2 misfire only at start up

M
Anyone with any 2007 2.8 CRD KJ Jeep Cherokee immobiliser knowledge ? 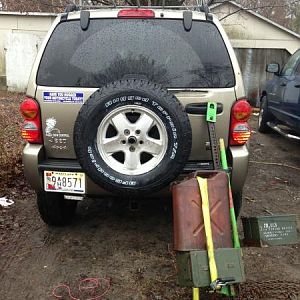 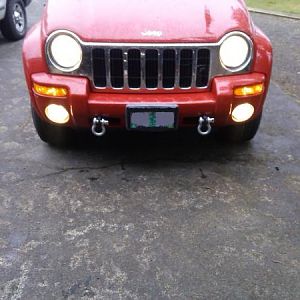 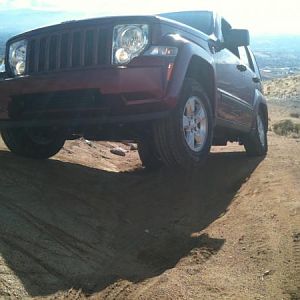 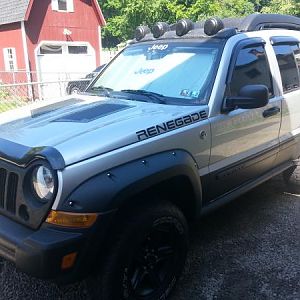 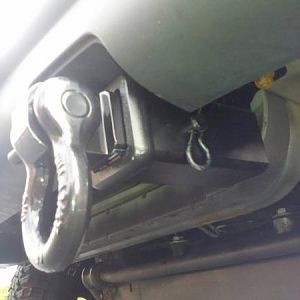 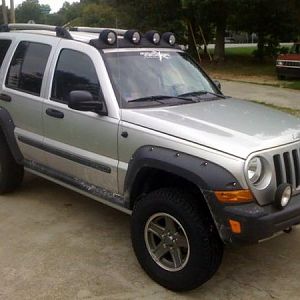 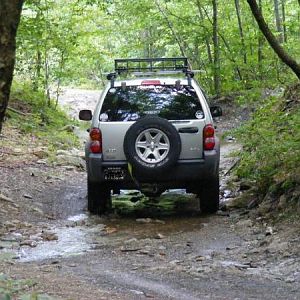 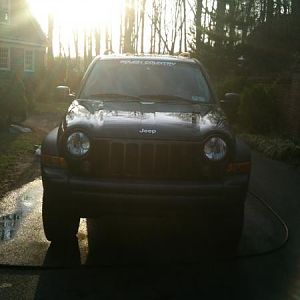 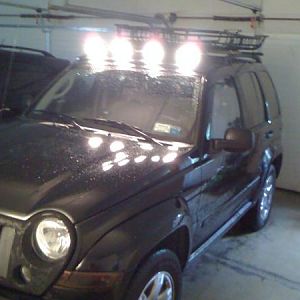