Hello, I'm new in here.
I recently bought a 02' KJ with a 2.5L CRD Diesel Engine, the previous owner was not taking good care of the car, so it has a fair amount of issues that I'm fixing.

Had already some repair replacing the front drive shaft that was doing a loud noise and vibration at +40MPH, I also fixed some oil leaks that were caused by a wrong oil filter and a broken oil drain plug.

What I still have now is a heavy black smoke coming from the exhaust, the smoke comes out at a big amount when running up a hill, and the car loses power to a point in which I can find myself accelerating with virtually no response from the engine, I also had a couple of check engine lights that came by during the climbing and the black smoke only then to totally dissapear, when I looked on the stored error codes I found these:

I runned a diagnosis without finding any problem with the engine, the three codes were reset and didn't appear after that, the check engine also did not appear again.

Being in a country where jeep-specialized mechanics are rare, I only found two people that could help, the first one said it was due to bad injectors-injectors leaking fuel (which I find very difficult to be the cause the black smoke usually appear over 1500 to 1800 RPM, and a big amount of smoke appears when the turbo starts boosting at 2000 RPM or when I go up a hill), the second one, with who I agree, was sure it was a turbo problem, without having the necessary knowledge to identify if the problem was coming from the intercooler admission system, from some sensors or from the turbo itself.

I checked the admission hoses, in and out, there is no apparent breaks or cracks in the hoses, yet there's some oil leaking from the intake hose, I also noticed some oil over the CCV cover (the car has no provent or EHM mods), there's also a tiny crack (2mm) in the air filter box which I doubt to be the cause of this (I know from experience that air leaks in the air filter boxes usually cause the engine to choke and shut down randomly.

I checked the MAP sensor, it was filthy as hell, 'm looking to order a new MAP sensor as this is the only plausible cause to my opinion, also for some reason the current plugged MAP sensor is a 4 pins bosch 281 002 205 sensor, which is a sensor made for IVECO trucks and possibly for the 2.5 TD XJs (the old owner was maybe not aware that the XJ engine was not the same), the only 4 pins sensor I found to replace for now is a 281 002 339 Bosch (used for Skoda, Seat & Volkswagen cars), it goes up to 2.5 bars I think, which should be okay.

Is it possible to plug the MAP sensor even if this one is "not made" for my jeep kj ? The sensor is a 5v sensor, with four pins like the ones made for our jeeps, yet for some reason it doesn't mention our CRD 2.5 engines.

Also from what I described, is it possible that this problem could be coming from anything else than the MAP sensor ? maybe something in the CCV, maybe a broken Turbocharger ? note that the problem that I'm experiencing is the black smoke over 1800 RPM and heavy black smoke and loss of power when climbing, I have no problem during the idling.

Also do you advice me to do the EHM or Provent mod, and is there a tutorial on doing it as I will be forced to do it myself (no one seems to know what EHM or provent means in here)

The EHM mod works but it can blow out the rear main seal if it ices over. Sasquatch makes a great Provent install kit with formed silicon hoses that crams everything in there neatly. The CCV (hockey puck) can get plugged up and there's a small drain hole in the camifold below it that can plug, might need a mirror and light to see it. The CCV o-ring can go bad too.

The air intake hose coming from the air filter rots out on the bottom near the turbo where the CCV hose goes. OEM turbo hoses rot and blow out on the bottom where the oil drool from the CCV collects. There are silicon replacements that won't rot and the Provent works to channel the oily slime away from the intake system. The intercooler (CAC) probably has a puddle of oil in it that makes it into the intake on the uphills. It's a big job to remove the intercooler unless you discharge the AC and remove the whole radiator, intercooler, AC condenser, and e-fan assembly as a unit. It might be worth parking on a steep hill flexed with the right front high and disconnecting the intercooler outlet to drain and blot oil out of it.

Injectors have a ball check valve that can be displaced by ice from water in the fuel causing black smoke and no power. Mine did that after sitting at the Anchorage airport while I was out of state. A few laps around the airport parking lot warmed it up and the problem went away. The check ball can wear on high mileage engines and get stuck in the hole it's supposed to block.

ID Parts and Sasquatch have lots of CRD stuff and LOSTJeeps forum has the most CRD info.
T

Update:
Tested the MAP sensor and it works fine, cleaned it as it looked clogged, the errors have not appeared in the diag and the check engine light did not appear again, checked everything under the hood, oil levels, temp, sensors, EGR, the car is still heavy as hell and blowing black smoke over 1500 rpm, and it's still undrivable when in hills (cannot drive it over 2nd gear; Manual transmission, it stalls at third or fourth gear), the engine also sounds very heavy when it starts blowing smoke, I barely hear the turbo whisling (it feels like the turbo is not blowing enough boost)

Where are you located? I am in South Africa but ausjeepoffroad.com has a lot of Fixed Vane CRD owners with some good advice!

Be careful when cleaning the MAP Sensor....I only use Brake Cleaner Spray on it...no brushing or scrubbing!

I got sudden black smoke on my 2002 Export CRD when one of the Turbo hoses developed a split but you have checked that....also when the MAP Sensor plug had a bad contact!

BUT very important is to download the section 2.5_2.8 Export Diesel as it has a lot of useful information!

In the Right-Front of the engine bay above the Turbo is a small black plastic solenoid with two small rubber pipes attached....this is the vacumn control that operates the waste gate for the Turbo. The electrical plug to this solenoid cannot be disconnected but you can try blocking the outer plastic pipe on the solenoid with a small screw and re-fit the rubber tubing over this. This is supposed to give more boost as the waste gate is not operated but I have not noticed much difference! Make sure these rubber pipes are connected and not perished.

You may need to have your Fixed Vane Turbo checked out....I bought my 2002 Export CRD new in May 2002 so it is now 20 years old with 200,000 kms on the clock. I have always from day 1 made a point of letting the Turbo spool down and cool down after any medium journey before switching off...long trips I let it idle for 5 minutes! Still have the same Turbo!

www.colorado4wheel.com/manuals/Jeep/KJ/
You must log in or register to reply here. 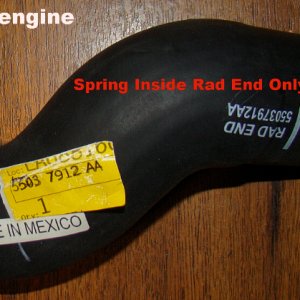 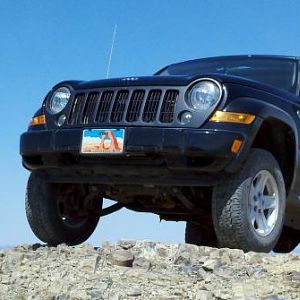 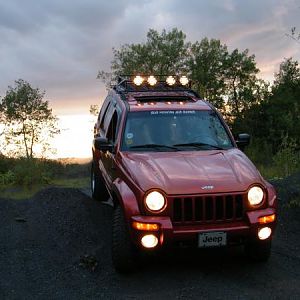 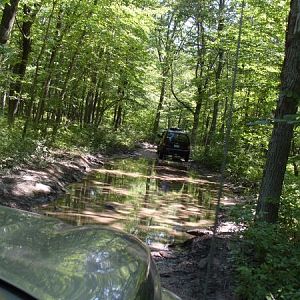 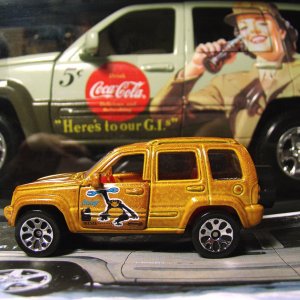 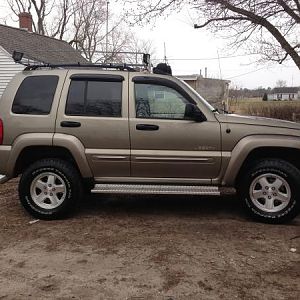 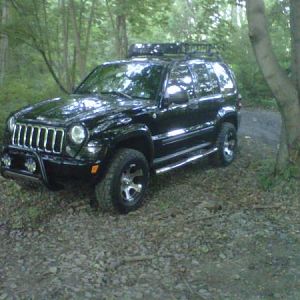 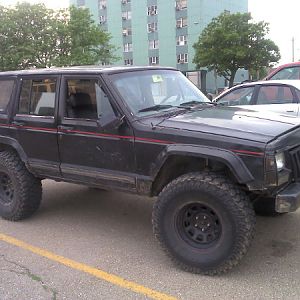 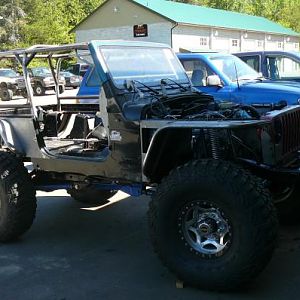